Article reproduced from www.farmonline.com.au with words & pics by Edwina Watson

Sired by Superbrown Vivid and from Tandara Denver Lunda 216, the four and a half-year female was admired for her “high and wide rear udder” and “overall dairyness.”

Reserve winner was Werombi Vale Beverly Nicole, also by Scherma Glenn Blooming and by Werombi Vale Supreme Nicole, described as having strength of top-line and excellent blending through the front to the rear.

Class of three females not over two years old was won by Amy and Timothy Hayter, Werombi Vale, exhibiting their junior champion and reserve winning heifers with Benleigh Brown Swiss from Whittingham in second and the Yarrington family’s Yarona Park Brown Swiss, Wingham, in third.

Sired by Paray and from Tandara Blooming Lola 48, the standout female was commended by Mr Bevan for the “height and width to her rear udder.”

“It is that rear udder which gives her a distinct advantage. She’s got that beautiful ligament which cuts her in half and a fore-udder that’s just welded onto the body wall.

“She’s so balanced and clean and dairy right throughout her frame.” 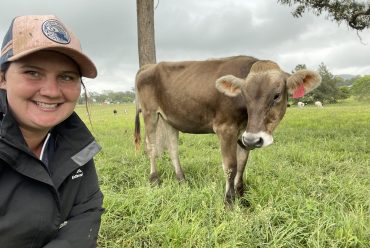 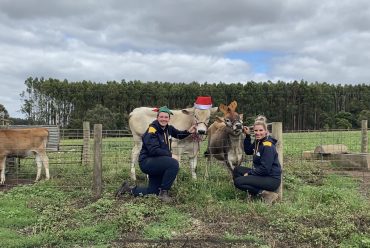 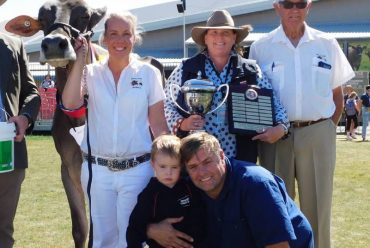